News Love Your Forest branches out with recycling

Love Your Forest branches out with recycling

On 25 September brightly coloured on-the-go recycling bins for cans and plastic bottles were installed in local towns of the Forest of Dean, as part of the #LoveYourForest initiative to tackle rubbish in the area.

Launched by environmental charity Hubbub, the new eye-catching bins have been installed in Cinderford, Coleford, Lydney and Newent, and mark the next phase of this campaign, which is broadening activity beyond reducing litter, to increasing recycling as well. New research conducted amongst over 3,000 UK residents* reveals three quarters (75%) of people feel angry that people who throw litter have such disregard for their local environment. 48% said they had noticed an increase in littering/fly tipping since lockdown measures eased on 1st June.
#LoveYourForest is run in collaboration with local employer Suntory Beverage & Food GB&I, Forest of Dean District Council, Forestry England, Foresters’ Forest, and Forest of Dean & Wye Valley Tourism; and the new bins were unveiled 25th September 2020 by local MP Rt Hon Mark Harper. 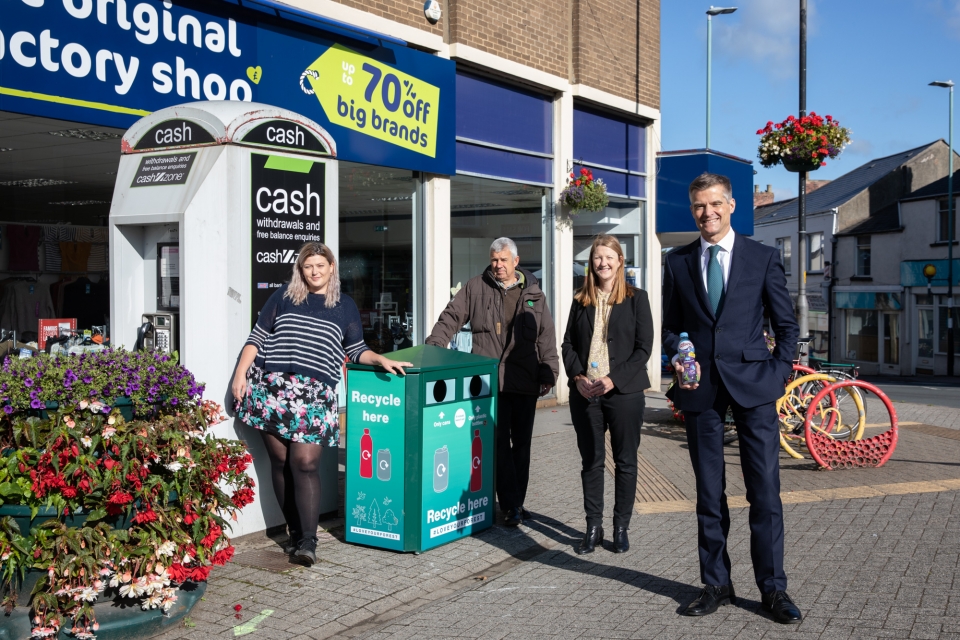 Each year 250 tonnes of rubbish is removed from the Forest of Dean, costing local taxpayers £450,000 per year to clean up. In 2016, Hubbub and local partners launched the #LoveYourForest campaign to tackle the issue, trialling a number of interventions which in four years has seen more than 800 bags of litter collected in the area.

To mark the launch of the new bins, an installation called The Myr Tree by local artist Dorota Grabkowska highlighting how long rubbish takes to biodegrade, has been installed at Beechenhurst.  Dorota designed the sculpture as part of a competition launched in February and has been busy bringing her winning design to life over lockdown. The sculpture will be touring the area over the next 6 months. 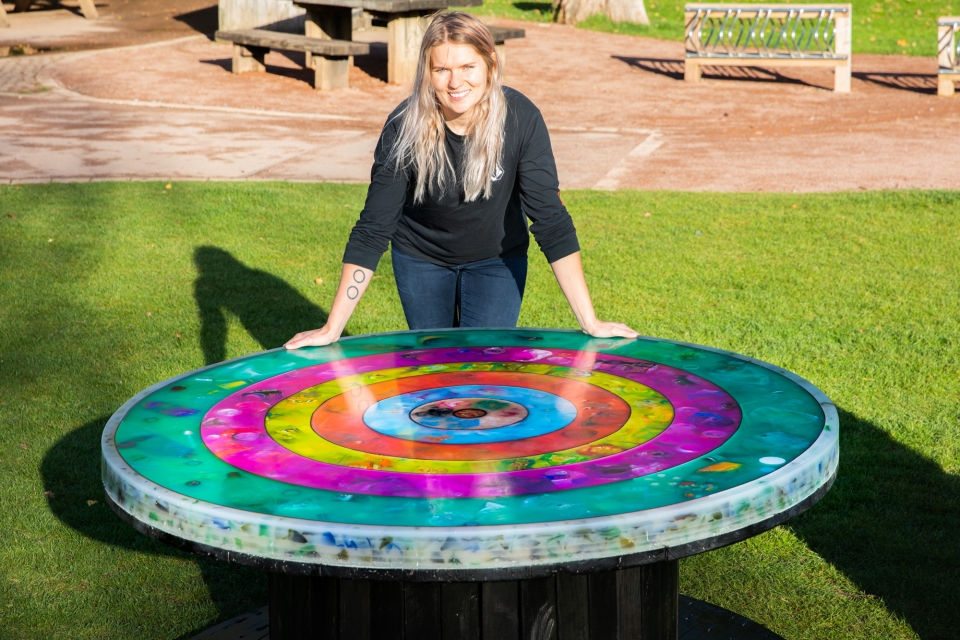 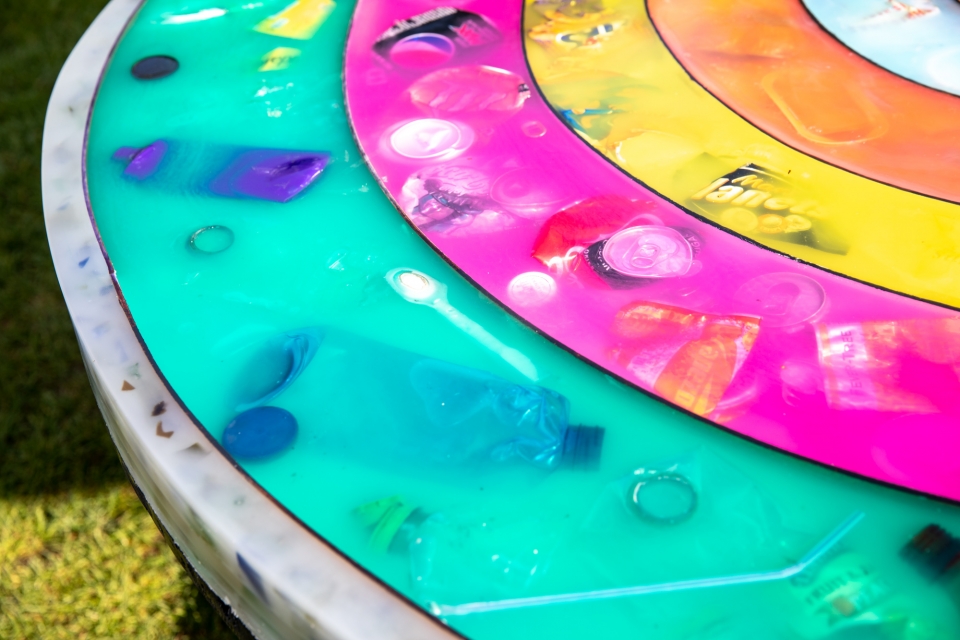 Big thank you to our poster winners, Bea, Amelia, Archie and Chloe from this summers competition who joined us on launch day to see the newly unveiled sculpture on too, pictured. 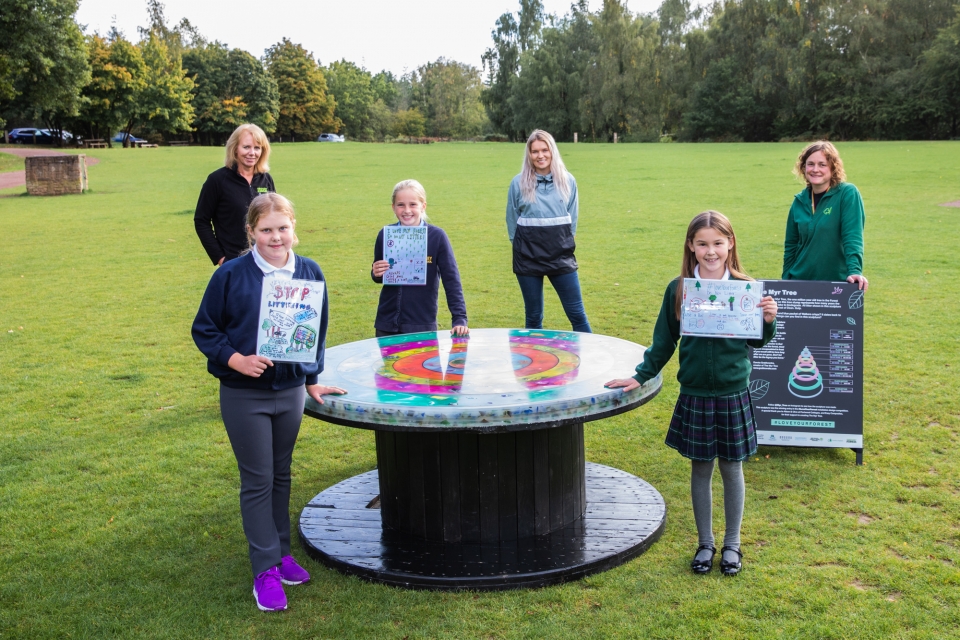 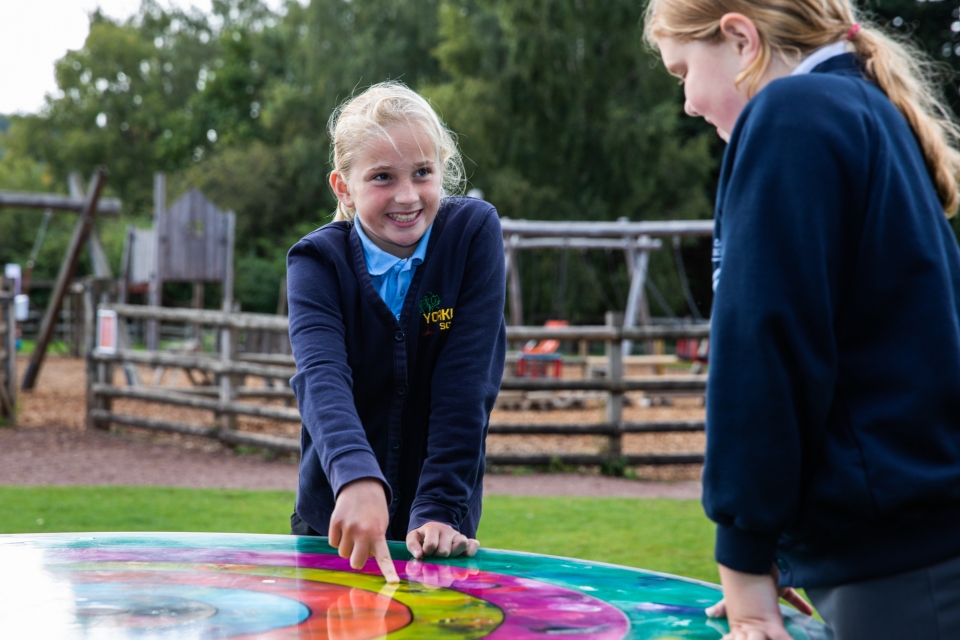 Rhiannon Ashley, Project Co-ordinator at Hubbub, said:
“While at-home recycling has improved during lockdown, litter levels have been rising across the country during the COVID pandemic, and our research suggests that two thirds (66%) of people agree the state of their local environment matters to them more now than ever before as they’re now spending much more time closer to home.
“This demonstrates more than ever the need to move towards a circular economy, so we’re delighted to expand the #LoveYourForest initiative by offering local towns around the Forest of Dean new bins to increase recycling whilst out and about, keeping litter out of the forest and in the loop.”
Sue Middleton, Programme Manager at Foresters’ Forest says:
“This new phase of the Love Your Forest campaign encourages everyone to really think about how we can recycle plastics and cans, helping keep litter out of our Forest.”
Michelle Norman, Director of Sustainability at Suntory Beverage & Food GB&I commented:
“This next phase of Love Your Forest combines our two great passions; recycling and the Forest of Dean, where we’ve been making drinks for almost a century.
“These recycling bins, along with the art installation are an important reminder that plastic bottles needn’t end up as litter and that together we really can make a difference to our environment and bottle-to-bottle recycling. We’re proud to support Love Your Forest and hope that people embrace the new bins so that this next time next year we’ll be reporting on increased recycling rates in the Forest of Dean.”
Councillor Sid Phelps, Cabinet Member for the Environment at the Forest of Dean District Council said:
“The Forest of Dean District Council is delighted to support Love Your Forest in this exciting next-step of the campaign.  Our contractor’s street cleansing teams are out every morning to tidy up the town centres, which includes emptying the general waste litter bins.  It’s tremendous that the some of the litter which would have normally made its way into these bins can now go on to be recycled.  We want everyone to use the on-the-go recycling bins correctly which is why the new bins can be found next to a normal litter bin so any rubbish which isn’t either a metal drinks can or a plastic bottle can be disposed of properly too.”
Leoni Dawson, Community Ranger for Forestry England said:
“Forests during lockdown and since restrictions have lifted provide so much for people's health and wellbeing. We have seen and dealt with a lot of litter over this period and we are looking forward to the awareness the new phase of the campaign will raise.”
Join the campaign by following #LoveYourForest or find out more at www.hubbub.org.uk/love-your-forest