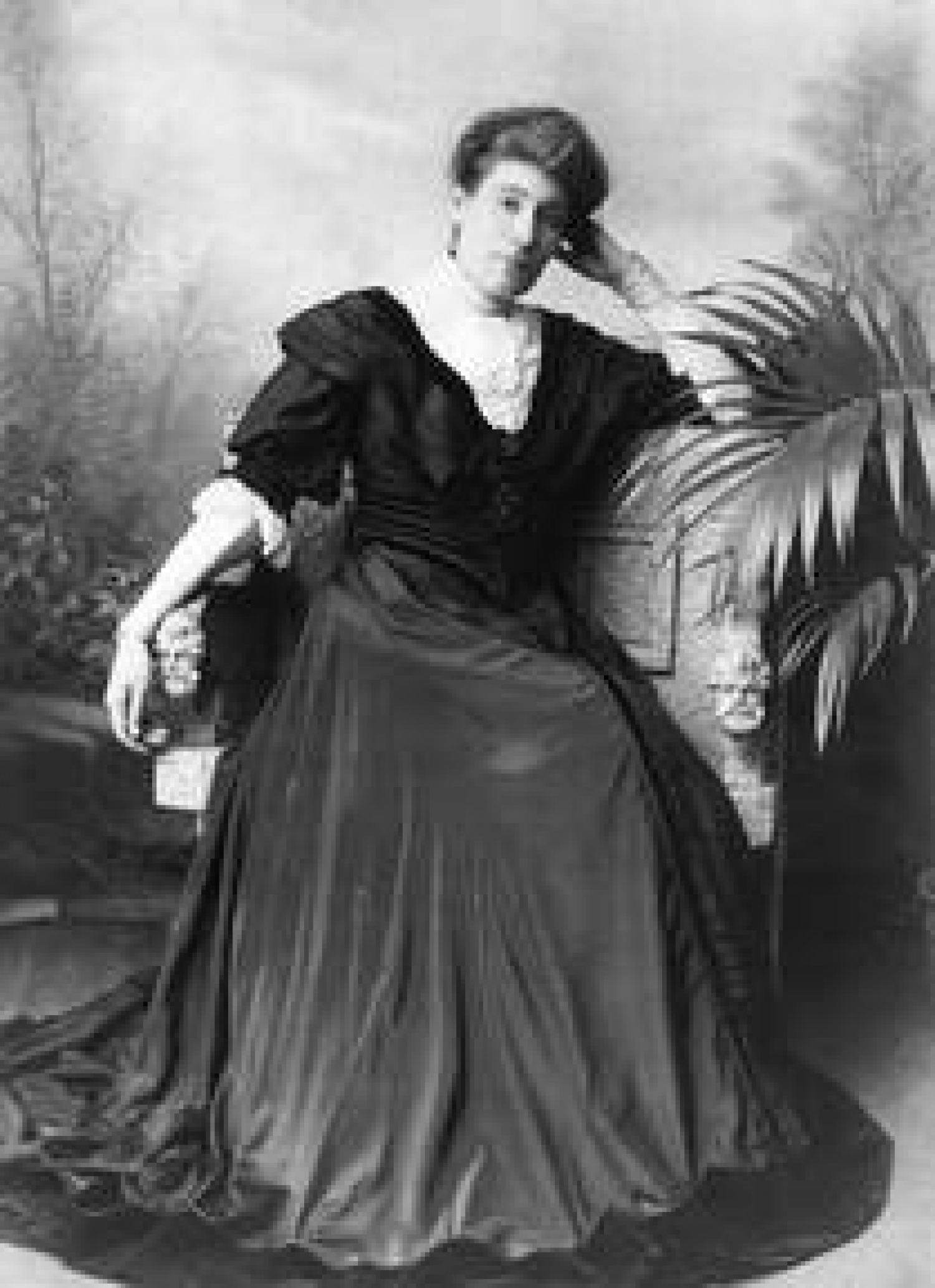 Flora Klickmann was a prolific writer and editor who made the village of Brockweir internationally famous in the early twentieth century through her ‘Flower Patch Series’.

In addition to the seven Flower Patch books, published between 1916 and 1948,  Flora wrote or edited some 30 other books and pamphlets on subjects such as etiquette, knitting and sewing.  She was also a long-serving editor of ‘The Girls Own Paper’ (1908-1930). Flora had other passions besides writing, primarily around the natural world. She eschewed technology, writing with a quill pen and using oil lamps at home, and was a great supporter of railways over cars. She used her books to encourage chemical-free gardening long before this became popular and was keenly concerned at what she saw as the rampant destruction of the countryside.

While for much of her life Flora divided her time between Brockweir and London, she eventually lived permanently in Brockweir. Flora died there in 1958 and was laid to rest in the Moravian church.

“Thinly disguised stories of local happenings and characters, her books were not as popular with the locals as they were with the wider public who made the pilgrimage to her home, Buttercup Cottage (Sylvan House).  However, Flora happily extended her gentle mockery to herself and her loved ones – and also to the wildlife which she shamelessly anthropomorphised in often moving true tales observed in her not-too-tidy garden.”