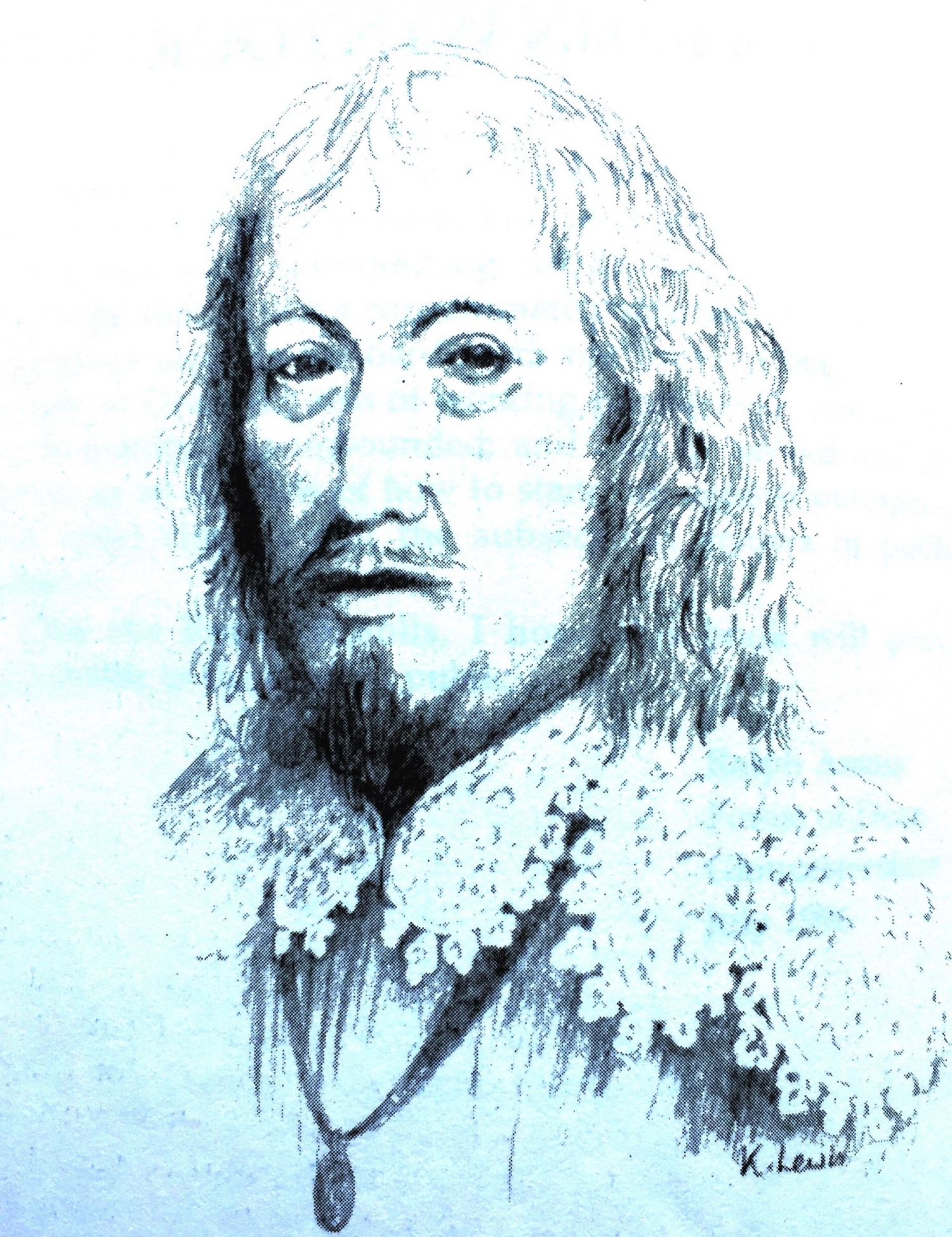 John Wyntour was the grandson of William Wynter, Vice Admiral of England, who purchased the Lydney Manor estate in about 1560.  His parents were Sir Edward and Anne Wyntour.  His home was Whitecross House in Lydney.

Sir John continued the family iron making business in the Forest of Dean, to fund his life as an important member of the Royal Court, being made private secretary to the Queen in 1638.  In 1640, to feed his voracious iron furnaces, he negotiated a grant of ‘all coppice, wood, ground and waste soil of the Forest of Dean (except Lea Baily)’ from the Crown; this concession amounted to a sale of the whole of the Forest to Wyntour, much to the indignation of the locals, who pulled down his fences and enclosures and transferred their support from the Crown to the Parliamentarian party.

As a strict Catholic and Royalist he actively fought for the King in the Civil War.  In 1645 after a series of skirmishes against Edward Massey’s forces Wyntour was cornered at Lancaut and escaped by river.  Tales of his exploits were embellished over time into a local legend that he had leapt with his horse down the 200ft cliffs above Lancaut, which is today known as ‘Wyntour’s Leap’.

At the restoration of the monarchy Wyntour was granted the Kings furnaces at Lydbrook and Parkend together with re-establishing his claim on the whole of the Forest; which he set about turning into cash.  It is alleged that in a few years he reduced the number of trees from 30,000 to just 200!  In 1668 his contract was terminated by an Act of Parliament.  His days of power and influence were over.

“Sir John Wyntour is often seen as a villain, daring to enclose areas of Forest and pillaging the woods to feed his furnaces; however, he did play an important part in both the national political scene and in shaping the Forest that we enjoy today, without his actions we would not have had the Dean Forest (Reafforestation) Act of 1668, the construction of Speech House or the other principal lodges and walks; and I feel he needs to be recognised.”