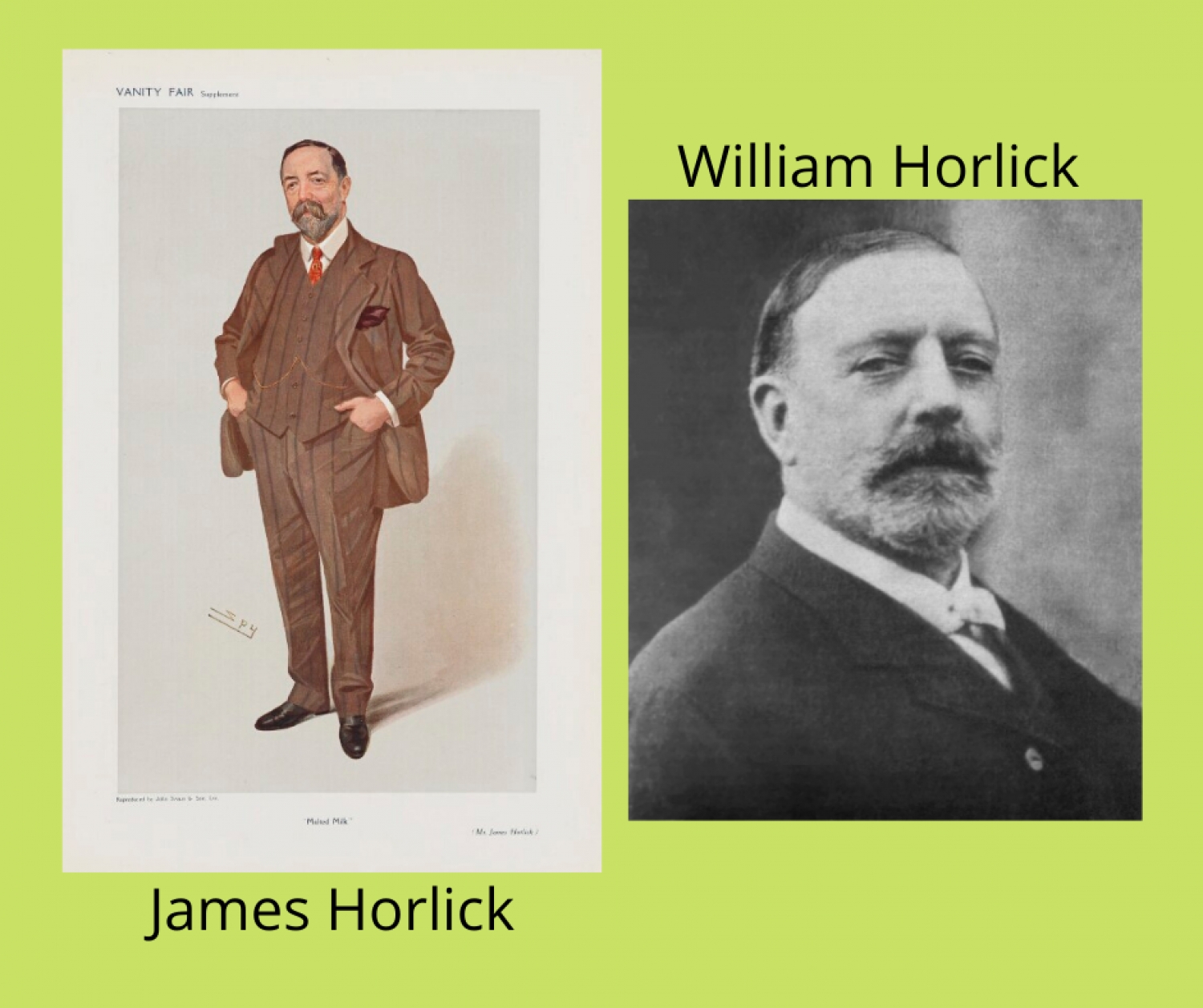 A combined blue plaque, to represent both William and James Horlick, who grew up in Ruardean.

The two young Horlick boys’ early experiments with malted milk processing that set them on their road to success. These pioneering experiments using a large copper bain-marie were carried out at their home in Ruardean and in the Granary building located across the road from their house. William and James developed a revolutionary food process with the production of Horlick food, a safe and easy way to prepare food for babies and infants that simply needed to be mixed with boiling water. Horlick provided a cheap, essential nutrition for children - particularly at a time when refrigeration was not widespread. The Horlick brothers initially found success in America and then internationally. In hot countries today, Horlick remains a staple food for millions of people.

“The brothers’ patented 1873 Infant Food and 1883 Malted Milk and began production of the first large-scale processed foods in Racine ,USA. This fact makes their achievements of local, national and international significance. Horlick Malt tablets were also issued to soldiers and sailors during both World Wars. The production of Horlick and related products continues to provide employment in Slough, UK and around the world.”