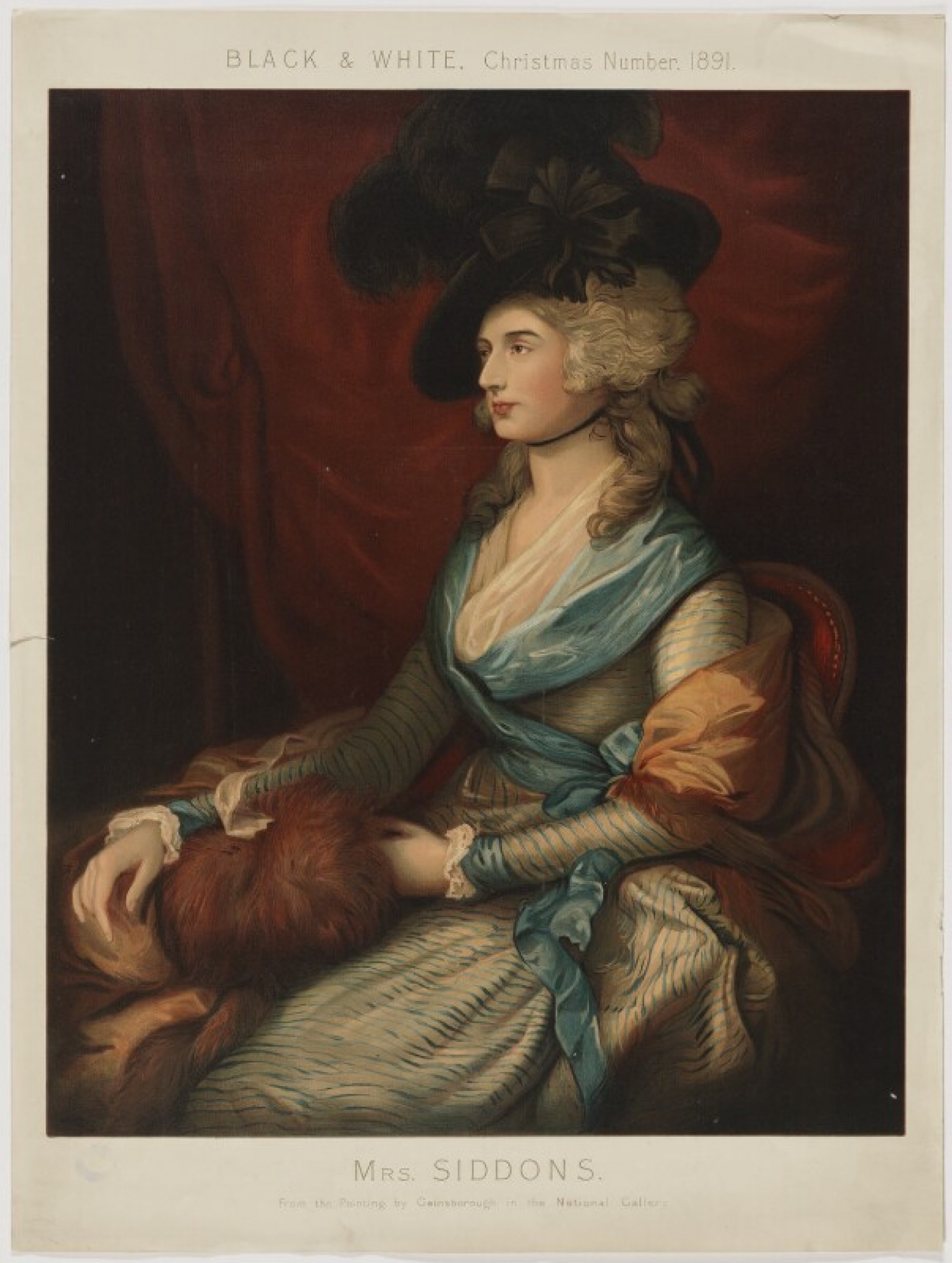 Sarah Siddons was an important and famous actress at a time when acting was only just becoming a respectable role for women.

She performed all over the UK but gained real fame in London's West End. She was called the ‘Queen of Drury Lane’ and a critic said of her performance "Wonderful stories are told of her powers over the spectators”.

William Charles Macready, an actor, relates that when she played Aphasia in Tamburlaine, after seeing her lover strangled before her eyes, so terrible was her agony as she fell lifeless upon the stage and the audience believed she was really dead!

Unto the last she received the homage of the great; even the Duke of Wellington attended her receptions, and carriages were drawn up before her door nearly all day long.

She also found time to marry and have seven children.

“Her portrait was painted by Reynolds and Gainsborough, there are statues of her in Westminster Abbey and at Paddington Green. The ‘Sarah Siddons Award’ is awarded annually in Chicago for distinguished actresses and the 1923 Metropolitan electric train named after her is the only one that remains. Sarah Siddons had a house in Central Lydbook, much photographed by tourists.”