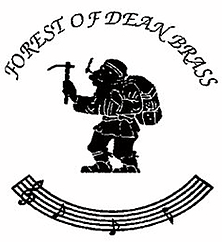 The Forest has a rich and varied musical heritage, producing notable musicians and composers such as Herbert Howells. It also has a long tradition of local participation in music through brass bands and choirs. The brass band tradition is particularly strong and thriving and this project set out to encourage and help people of all ages to be a part of these musical traditions and join in with them.

What has the project delivered?

The heritage of brass bands in the Forest is over 160 years old and is well represented in the current vibrant tradition that engages over 500 volunteers in musical activity - also encouraging many young people to learn how to play musical instruments.

During our five-year programme Forest Musical Landscape has increased participation in music making and appreciation of the musical heritage of the Forest; all of which which was in danger of being lost and unrecorded as documents, instruments and photographs are forgotten.

There are currently ten active brass bands in the Forest that took part in this project:

The project helped arrange for some of the bands to perform in concerts that promoted the connection of brass bands to the area's history and the land based occupations of the Forest, particularly mining.

A variety of musical events took place, each thematically organised to promote the landscape and feature some landscapes that have hosted concerts before, but also ‘new’ places, that have previously been undiscovered or not used for many years. For example, we enjoyed brass band concerts at Scarr Bandstand each summer - and look forward to many more!

What can I get involved in?

There are plenty of opportunities to get involved with music in the Forest of Dean, why not join a local band, learn to play an instrument, or if that’s not your thing come along and listen at one of the concerts?